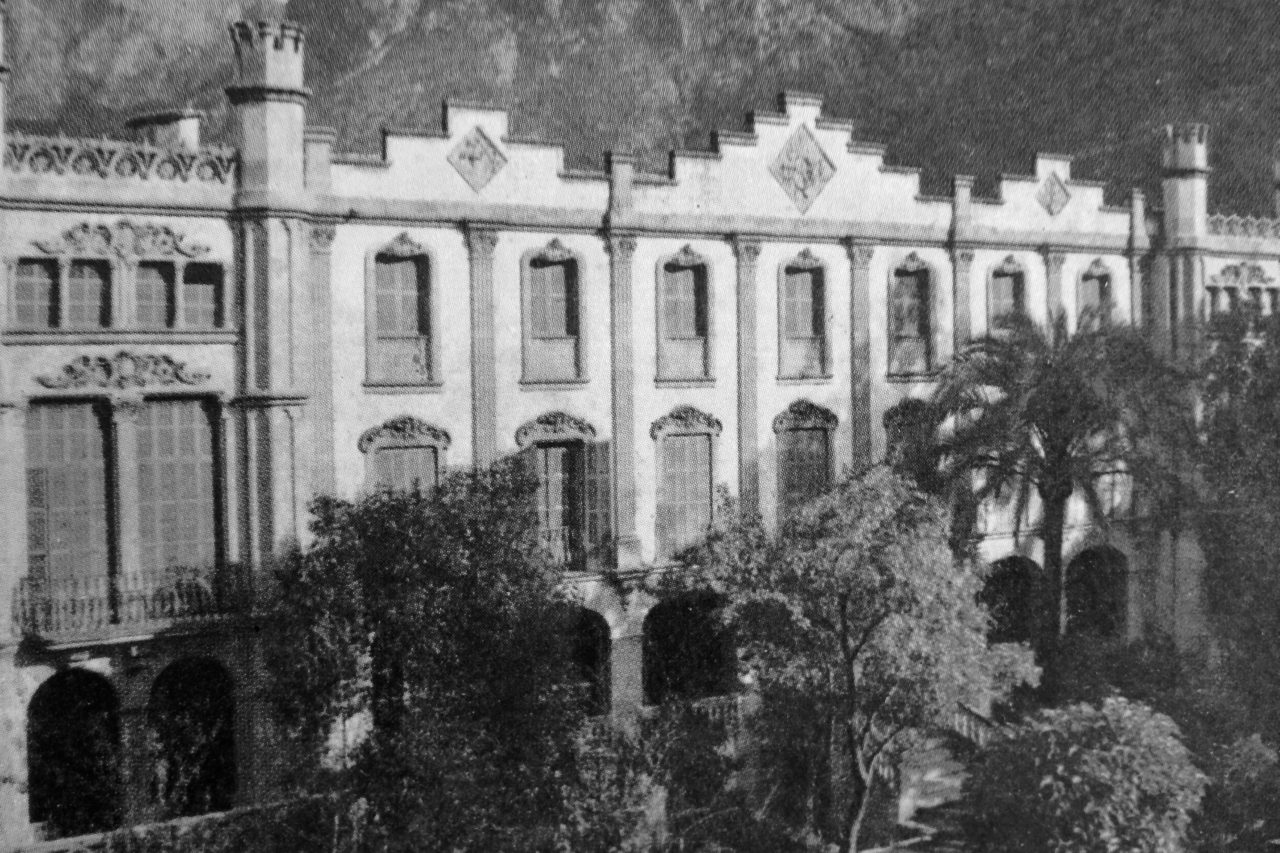 THE GRAN HOTEL SOLLER – A CLASICAL EXAMPLE OF MAJORCAN MAGIC

The Gran Hotel Sóller is much more than a 5 star hotel magnificently situated in the center of a beautiful municipality on the north-west of the island of Majorca and also enjoys the advantage of being positioned between the sea and the mountains.

The building dates back to 1880, under the first owners Ramón Casasnovas and his wife, who commissioned the design and construction to the famous architect Joaquin Pavía Birmingham, author of the Palacio de la Diputación de Mallorca (now the headquarters of the Consell de Mallorca) and the restoration of the Temple de Vesta (Rome, Italy), as well as the extension works carried out on the Parish Church of Santa María (Sineu, Majorca) and especially on the Cathedral of Palma de Mallorca.

During its first years of existence the beautiful little palace served as the residence of the Casasnovas family who in time, in order to take advantage of the space available in their comfortable home, decided to convert the rear part of the building into a tanning and leather factory.  It was from here that at the beginning of the 20th century, many of the boots worn by soldiers who fought in the First World War were produced. 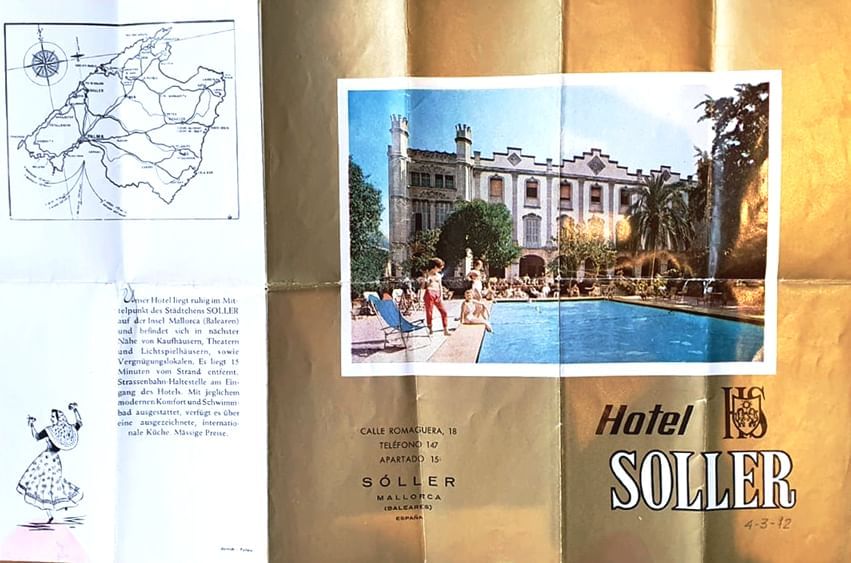 During the 60’s and the initiation of the tourist flood to the beaches of Majorca.  Sóller was no exception and even though communications with the Balearic capital was difficult, moves were made in order to participate in this new industry.  Various establishments opened their doors and at this time the Casasnovas family decided on the conversion of their home into an hotel, in this way the Hotel Sóller was born.

The adventure prospered day by day and created a niche in the Majorcan tourist market.  There are many tourists that return year after year thereby creating close relationships between the proprietors of the hotel and their guests, creating a loyalty that comes from the then Hotel Sóller.

As an anecdote we would just like to mention an e-mail letter which was sent to one of the grandsons of Ramón Casasnovas in which the grandson of one of a guest who had stayed at the hotel thirty years earlier remembered being there during many summers of his childhood together with Spanish, Scandinavian and many French tourists were
amongst the lists of guests who knew how to appreciate the personalized service.

The crisis affected even the best.

During the middle of the 70’s the rise of the great hotel chains and the rise of mass tourism affected the small establishments, in spite of their great quality were no match for the emerging competition.  The everlasting charm and the magical setting were insufficient to continue as a business venture therefore the Hotel Sóller had to close.

The closure coincided with other establishments in Sóller, which in turn affected the tourism plans and the economy of the municipality.

Support to local culture during the transition period.

At this stage the building remained closed for a quite a few years, but there was a short period when it was utilized as the Center for Cultural Activities of Sóller.  When this finally came to an end the building was left abandoned and many who passed by still admired the captivating garden in spite of the ivy and humidity covering the stonework, and remembering its past and the lights which had shone within its solid walls.

The return of a classic at the hands of Andrés Gelabert

One of the pedestrians who passed in front of the gates happened to be Andrés Gelabert, born in Sóller but had emigrated to the USA when he was little more than an adolescent to create in America an important tourist group of businesses.  On returning to Majorca after many years and leaving behind the presidency of the group Medieval Times, decided to try wager on the reappearance of Söller in the tourist market.  The village where he had grown up and took his first steps into the world of tourism and decided on

the construction of a Grand Hotel capable of satisfying the most demanding clientele.
This is how the Gran Hotel Soller was re-born, a classic in the magic of Majorca.

We look forward to welcoming you here at the Gran Hotel Soller soon.